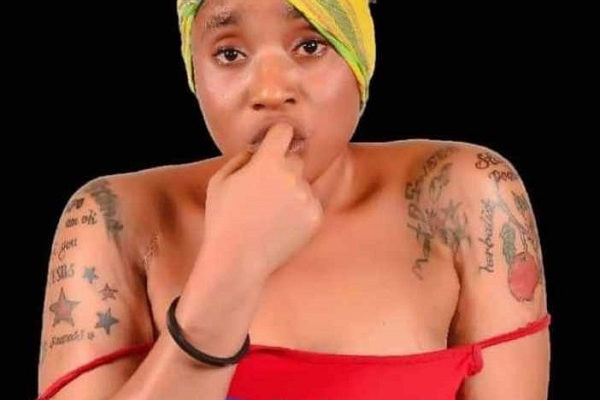 A young lady, resident in Akwatia, allegedly known to be a stripper by name Ama Broni, has died mysteriously while she was twerking naked on stage in Accra.

According to the information from a resident of Akwatia who knows Ama Broni, in her attempt to escape the chase, from the sex-hungry boys, she fell from the stage and died instantly.

Ama Broni was last seen in a 30 seconds video, advertising that her fans should not miss the street carnival happening live at Liberia Camp on January 16, 2021, saying, "that day, girls we are ready for everybody...if you don't come it will be a disservice to you."