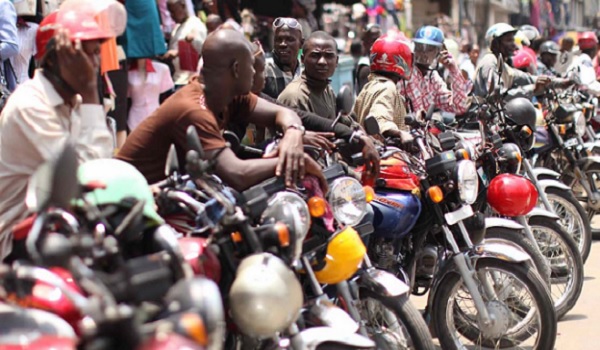 Discussions have been rife as to whether Okada (Motorbikes) business should be legalized, and this has certainly thrown people to different sides of the debate. Varied opinions have been shared by many as to whether the business should be legalized and regulated or the ban on it should still be in place. The controversy surrounding this delicate matter has compelled me to add my voice to the already voiced ones regarding this matter.

Just like all elections years, the year 2020 is no exception. Ghanaians will be going to the polls in December to elect Members of Parliament (MPs) and an Executive President to steer the affairs of this country for the next four years per the provisions of the 1992 Constitution. As usual of election years, politicians tend to promise heaven and earth in a bid to garnering votes from the masses to win elections. It is often said that in an election year, politicians will go any length to promise “heaven and paradise” to the people but after clinching electoral victory, citizens have
“hell and misery” to deal with. Often, these politicians find some populist and opportunistic campaign promises which seems to resonate with the electorates without any proper feasibility studies and “thinking through approach”. Theirs is to promise and get the votes of the masses or electorates. It is not surprising that electorates are lured by this &#39;sugar-coated&#39; approach by
politicians.

The Okada debate and how it started. John Dramani Mahama, the flagbearer of arguably the largest opposition political party in Ghana, the National Democratic Congress (NDC) speaking to supporters at Kpando in the Volta Region during his tour of the area is quoted by Classfmonline.com saying “I’ve been seeing young people who have finished school and they can’t find a job, and, so, they are looking for something they can do, and many of our young
people are riding motorcycles and transporting people from place to place and we call them Okada. But in our law, it says Okada is illegal, Okada is a reality, it has come to stay, you can’t stop it and so, I’ve suggested and I say when we come into office, we will legalize Okada but we will regulate it. We will regulate it and we will give them training so that they can do their business safely without causing the lives of people, they must obey all the traffic regulations so
that they be allowed to pursue their profession.”

This statement made by the former President has consumed more time on radio and television as a major topic worthy of discussion. The argument has been made by many that this is an attempt intended at winning votes from Okada riders. Others have also lauded the idea, as they claim itwill create a lot of job opportunities for people. It comes as no problem when a presidential candidate promises to create employment for people, and certainly one will say that the Okada business is an avenue which is currently employing the teaming unemployed citizens. Again, it comes as no problem when there is a promise to legalize and regulate the Okada business if it is intended to create jobs for the people. However, the irony of the matter is that it is this same John Mahama during his tenure as President in the year 2012 that saw Parliament enacting the law that banned the operation of this Okada business. Section 128 (1) of the Road Traffic Regulations, 2012 provides as follows:

The licensing authority shall not register a motorcycle to carry a fare-paying passenger.&quot; One would be right in saying that there were no proper feasibility studies and proper ‘thinking through’ before the enactment of this law. Many have said that people sat in the comfort of the Flag Staff House and advocated for the ban on Okada without any proper research. This is very typical of our leaders. They create the problems and when they want to fix it, they want us to clap for them. It’s a pity! Several questions begging for answers include whether when the bill
that eventually became law banning Okada was proposed, were stakeholders in the transport sector which includes Okada riders contacted to solicit their views? Where was the science and data to back the ban then? Assuming the science and data was available the next question is whether there has been a change in the science and data necessitating the legalization of the Okada business now? If these stakeholders were properly consulted and engaged, Ghana as a country would not have been entangled in this fuss.

According to the available data, motorcycles killed 440 out of the 1,141 commuters who perished in road traffic crashes between January and June 2020. Also, out of 2,553 motorcycle crashes within six months, 440 of the victims died, whilst 8,604 car crashes killed 701 during this same period. The data from the Motor Traffic Transport Department (MTTD) of the Ghana Police Service further indicates that fatalities involving bus occupants reduced by 20% between 2001 and 2018, but that of motorcycle-related fatalities increased by 1,170%.

The data above shows that even though motorcycle has a low occupancy rate, it has more fatality rate than vehicles which have a high occupancy rate. A question to be asked is which areas have become hotspots for these fatalities? Is it the rural areas or the urban communities? This question needs to be answered and analyzed before there is thought about the legalization and regulation of the Okada business.

It, therefore, comes as no surprise that the Ghana Medical Association (GMA) has kicked against the legalization of the Okada business. From the medical point of view, motorcycles are more dangerous as compared to vehicles. It is noteworthy that some economists support the idea of the legalization and regulation of the Okada business because to them, this will create more employment for the youth. This is a dilemma which needs a lot of consultation and
consideration.

Is the Okada business a reality? From my point of view, I believe that the Okada business has come to stay and the earlier we act as a country the better and thus no argument can supersede the legalization and regulation of the business because of the immeasurable help that it provides to the people in the rural communities and an extent the urban areas. We can base the argument on whether it should be legalized in the urban or rural areas by looking at the data of fatalities.

The Vice President of Ghana, Dr. Mahamudu Bawumia, is said to have stated that the current government will or intends to roll in measures to help the Okada riders graduate from Okada riding to the driving of small cars. It is a notorious fact that there are some places in Ghana that cars are unable to access due to the deplorable roads and how these roads turned deathtraps have been neglected for years.

The business may seem very dangerous in Accra and other cities, but very safe and convenient for people living in rural areas who do not have good roads. This aside, the employment opportunities this business has created for the youth has not been considered. If the government insists on making the Okada business illegal leading to the enforcement of the ban already existent, it will be prudent if the government helps to migrate the people engaged in this business onto better employment programs so such persons can fend for themselves and their families but
to ban the business without making rooms for alternative means of livelihoods is a non-starter! Look at the clamours and excitement to which this statement was greeted with by riders and the beneficiaries of this Okada business. It was massive. Hence, if democracy is “government of the people, by the people and for the people” then it is about time the government rethink about this law and make it flexible for the riders.

The operation of the Okada business in our cities also shows how we have failed as a country to manage the traffic on our major roads. People living in the cities such as Accra, Kumasi and many others go through a great deal of hell just to commute to and from work. A journey which ordinarily should take 15 minutes to be completed ends up being a two-hour journey because of vehicular traffic on our roads. It becomes very disturbing and stressful going through this hell every day. It’s about time we did the needful. John Dramani Mahama and the NDC should give us the blueprint on how they will legalize and regulate the Okada business if they win political power come December 7. The citizenry does not want another U-turn from him again on this matter. He, stating that the next NDC government will legalize and regulate the Okada business clearly shows that his government in 2012 didn’t do any proper research and studies before the outlawing or banning of the Okada business.

I must reiterate that even though I support the legalization and regulation of the Okada business because of the enormous help it gives to people, the government should engage wisely with all the necessary stakeholders who matter in this issue and bring finality to it. This should also serve as a guide to our leaders that anytime a law is to be enacted, citizens particularly stakeholders on the matter at hand should properly be engaged before such laws are passed. Let prudence guide us as we think through this issue again.