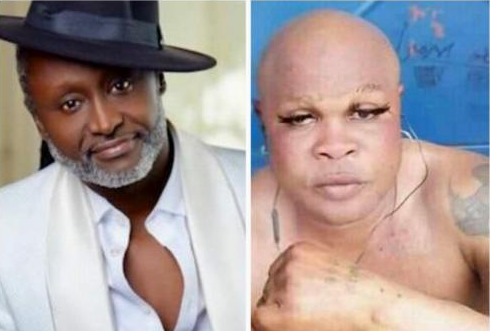 Bukom Banku who had a short stint with GH One TV in 2020 to host his own program to educate slums on sanitation has bleached his skin again beyond recognition. This time around, he has added eye lashes to enhance his looks.

Questioned about his new looks which have gone viral on social media, Bukom Banku said his popularity was fading and he needed to revive it hence he resorted to bleaching again.

Taking to Instagram to share a photo of Bukom Banku’s new look, Reggie Rockstone jokingly described his new looks as bearing resemblance to a gay albino gorilla. He however called on the public not to troll the boxer.