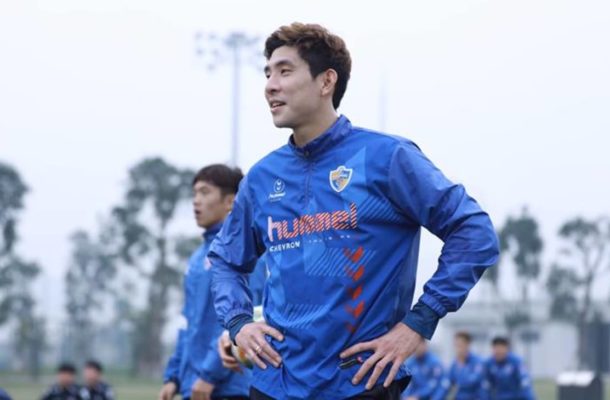 Ulsan: Korea Republic defender Yun Young-sun last played in the AFC Champions League in 2015 and the new Ulsan Hyundai signing is excited about the possibility of a return to the continent's premier club competition ahead of Tuesday's Play-off against Malaysia's Perak.


Yun's relationship with the AFC Champions League was very much a case of love at first sight.

In his very first professional season, the centre-back was part of the Seongnam FC team (then Seongnam Ilhwa Chunma) that lifted the 2010 title.

And he would go on to appear in two more continental campaigns for The Magpies until national service commitments interceded in 2016.

A return to Seongnam last year kicked off a fine 2018 where he represented his nation with distinction at the FIFA World Cup in Russia before being named in the K League 2 Team of the season.

The splendid performances in the Korean second tier paved way to a move to Ulsan and with it the chance to taste AFC Champions League action once more, nearly four years after his last Asian adventure.

"It took almost four years to come back to the AFC Champions League, and I am really excited," said the 30-year-old.

"Not many players can play even once in the AFC Champions League during their career, so I think this is my big chance to return to this competition with Ulsan.

"We will prepare very well for our Play-off game in order to play in the tournament once more."

A post shared by 울산현대축구단(UHFC) (@ulsanhyundaifootballclub) on Dec 19, 2018 at 12:20am PST Ulsan know what it takes to progress through the play-offs, having defeated Hong Kong's Kitchee SC in the 2017 edition to progress to the Group Stage, and went all the way to win the AFC Champions League title in 2012.

A feat, that Yun believes, is a possibility for the club again in 2019.

"Our goal has to be winning the AFC Champions League title," he said. "We have to prepare very well, of course, and we have several important hurdles to overcome first."

"If we can make it through the play-offs then we will be in Group H with three league champions [Shanghai SIPG, Sydney FC and Kawasaki Frontale] so we will have to work very hard on our preparations to achieve our goal.

"From my personal view, I believe I can still be competitive in the AFC Champions League as I have been in the domestic league. I'm looking forward to our campaign to start."